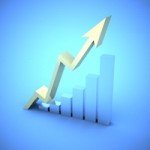 The Profit your business makes is the amount remaining after justified and approved expenses are subtracted from the revenue/income. So if you sell $1 million dollars worth of widgets and it costs you $500k to make them (cost of goods sold), another $200k in salaries, and another $200k in general overhead (rents, phones, licenses, legal, accounting, etc. fees), the remaining $100k is your profit. In this case you have a 10% profit margin (ratio of profit to total sales). If your business has more expenses than revenues, it will show a Loss.

Note that the $100k in profit mentioned above has nothing to do with cash on hand or cashflow. There are a number of factors that impact the profit/loss that aren’t reflected in cash – and vice-versa.

One very common and specific example would be capital expenses. If you purchase some equipment that costs you $50k, that isn’t considered an expense on your standard P&L (profit and loss) reporting. The reason is that – in theory – you’ve just exchanged cash in this situation for something that has comparable value. So you changed a cash asset into another type of asset – that isn’t really an expense. Non-cash assets do generally go down in value over time though so you can depreciate the equipment over a standard schedule. In this case you might be able to claim $10k of depreciation per year over the first five years that you own that equipment. So you spent $50k but only get to lower your profits, through a depreciation entry, by $10k.

Picture this scenario. Your business brings in $1 million in revenue and has $900k of claimable expenses. You additionally needed to spend $100k on equipment that is required to support the existing customer base and business growth. From a cash perspective you might be a $0 +/- for the year, but from a tax perspective you might actually show a reportable profit – that you’d have to pay taxes against, even though you didn’t generate any cash for the year. In fact, there are scenarios where you might have a negative cash situation for the year but still show a corporate profit. Crazy right? Also though, there are similar situations when you can show positive cash but a corporate loss – especially when you have a few years of depreciation entries stacked up and claimable in the same year.

Note that I’m over-simplifying to help explain the concepts. There are specific laws controlling depreciation schedules – including a current tax law that allows for accelerated depreciation up to a certain dollar amount (so you might be able to claim the full costs in the first year). There are also a good number of complexities in tax rates, brackets, deductions, etc. so aside from general understanding of concepts you need a good tax advisor to help you with the specifics of your situation.

It is often in the business owner’s best interests to minimize the profits of the business. Huh? Yeah, because you need to pay corporate taxes on any reported profits – and those taxes can run close to 50%.

But what if you are preparing your business for sale? Don’t you want to show the profits to be as high as possible? Maybe, but not necessarily. This is where EBITDA comes into play. EBITDA is Earnings Before Interest, Taxes, Depreciation, and Amortization. As mentioned above, depreciation lowers your reportable profit, so EBITDA winds up being higher if you have a lot of capital expenses (often called CapEx) being depreciated on your P&L statements. So you can continue to minimize your taxable profit but use EBITDA to show a closer correlation to what might be true operating cash profitability (or loss).

EBITDA isn’t used just to inflate numbers though. The reason it is often considered in mergers and acquisitions (M&A) is because the acquiring company, or final entity in a merger, may have very different tax treatments. They might be able to expense, amortize, depreciate, etc. more (or less) than the company could prior to the event. The P&L of the acquired company might look very different as part of a larger parent entity.

By the way, EBITDA may or may not matter to you as a seller. In a future post I’ll talk a bit about valuations and what might cause your business to be valued on a multiple of top-line revenue (in which case EBITDA doesn’t really matter much) or a scrutinized multiple based off the EBITDA profit.