“I’m going to give the first 1,000 customers a free X [whatever] to start using and spread the word. Since it is free, of course they’ll use it – why wouldn’t they?” 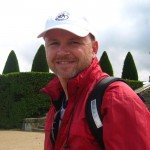 Well, there are probably a million reasons why. This over-simplified statement, especially as a key part of the go-to-market strategy, is naive and bothersome. Maybe they’ll use it, maybe they won’t. I’m not going to buy into this assumption though – especially a literal buy-in where you are asking for an investment.

Yes, I know, there are plenty of freemium solutions in existence, and some of them extremely popular. Don’t let the freemium model confuse you though – a free product with the ability to purchase upgrades/features/stuff is different from your for-sale product being given away to the first few customers. If you really think that just seeing it in action is going to be enough for them to rave about it, then just show them. Set up a demo site; or maybe a video; or a webcast; or perhaps a prototype if it is a physical product.

I’m skeptical by default. I think most angel investors are. Founders don’t start ventures because they think they’re crappy – they think, often very passionately, that their venture will be a huge success. Part of an early investor’s job is to play the devil’s advocate and poke holes in the idea. And a smart founder is going to want smart people to poke holes in their idea. Sometimes the best feedback a founder can receive is going to be hard to hear.

One comment on “How hard is it to give away your product?”