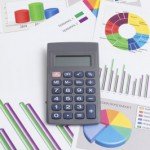 Image courtesy of patrisyu at FreeDigitalPhotos.net

It’s fairly commonly understood (though much less commonly practiced) that it is a good idea to have a personal emergency fund of 3-6 months worth of expenses. The money should be sitting in cash or cash equivalents and never touched unless an actual unexpected emergency happens.

If you are a startup founder or a small business owner, the case for having an emergency fund is even stronger. In fact, you likely need to target an amount on the larger side (longer term coverage of expenses)… at least 6 months and it would be a good idea to consider holding 12 months of expenses in reserves.

As a founder or small business owner there is little separation between the business and yourself. Sure, there is (hopefully!) a legal entity structure that limits liabilities, but financially, small businesses and their owners are very dependent on each other. I ran my last business for over 18 years and even well after I passed the millions/year in revenue I was still signing as a guarantor on behalf of the company. Need to lease some equipment? Sign a personal guarantee. Need to renew the operating credit line at the bank? Sign. Insurance company wants to make sure the data is correct and they’ll get paid as expected? Sign. Seriously, as a founder/owner you are constantly putting yourself on the line for your business.

Since the business is its own entity (or at least should be) then it should also have its own emergency fund. When Bill Gates was early into starting Microsoft he once had a hard time making payroll even with just a few employees. To assure that never happened again he developed a policy – still in place today – that Microsoft would hold enough cash reserves to pay all employees for a full year even if something horrible happened in the business.

I heard that story early in my years of starting OrcsWeb and implemented a similar policy. I didn’t hold a full year’s worth of salary costs because I felt that holding so much would slow down our growth options, or nudge us into debt leverage (which I avoided). We did though hold enough cash to pay at least 6 months worth of expenses – just in case. Quick note here: If you have your personal emergency fund in place, your business emergency fund can be lowered by the amount of your personal income requirements… no need to double-save that amount.

As I mentioned, I understood/understand the cost of capital and that holding a ton of cash when trying to grow a venture can impact the rate of scale. But starting a new business also has a tremendous amount of risk and an extremely high chance of failure. If you have a reasonable level of emergency fund – at least something that you’re comfortable with – then when something does go wrong, and it will, then you can ride out that bump. Make your pivot. Replace the lost revenue. Buy that required inventory. Whatever it is, you’ll sleep better – and execute better in your business – when you know you have a buffer to carry you through tough times.